1.We had a visit today from a ranger, who demanded that the speakers to stop speaking. Mr B is disappointed – not in the ranger, but in the Speakers’ Corner grasshoppers. For four years Mr B has been speaking to them about the importance of identifying our emotions and dealing with them in a healthy constructive manner, yet it took the visit of a novice ranger to discombobulate the lot of them. Instead of calmly dealing with the situation, they got into a tizz and the situation became unpleasant. (Uncle Pete was the exception. Who would have thought?)

It would be pleasing to say that commonsense prevailed, but it didn’t. Technology did. The ranger rang his superiors and the matter was cleared up.

It wasn’t the ranger’s fault – he should have been told about Speakers’ Corner. But then, who would tell him? The Domain Trust doesn’t speak of us, they don’t answer our letters, don’t mention us on their website, and refuse to include us on their maps. They do their damned best to make us invisible, which is disappointing given that we are a fond part of Sydney’s history, and that with a little assistance we could grow into a significant tourist attraction. But no, they pretend we don’t exist, and their refusal to acknowledge us disadvantaged their ranger. Out of courtesy at least, they should have mentioned us to the poor fellow.

But our reaction to the ranger? Abysmal. Four years of solid, intensive training from Mr B was defenestrated when it mattered.

Mind you, it doesn’t say much for his teaching abilities.

Let’s be gentle with one another.

Helmut was asked about black holes with the proviso that he didn’t include Isaac Newton in his answer. Helmut began his explanation by telling us about Isaac Newton.

Honestly, you could ask any question about any subject and Helmut would feel obliged to include Isaac Newton in the answer.

It is said that when Helmut reaches that climactic point in coitus he doesn’t scream the name of his partner, or even the name of his dog; instead he screams, ‘Isaac Newton was an ignoramus!!’

3. It was asked, ‘Do the recent power cuts in South Australia indicate how soft and precious we have become? Should we look to ourselves and focus instead on being resilient to such minor inconveniences? Should we refrain from complaining, especially when it means that if we do, the beleaguered renewable energy technology experiences even more pressure?’

This meme suggests that we may be spoilt: 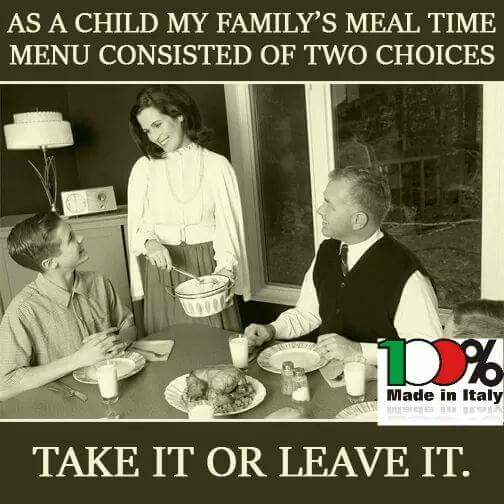 4. Mr B suggested that religious people might be addicted to the thought that there is a god. Does the part of the brain that fires with a gambling, alcohol or narcotic addiction fire in a deeply religious person when they think about their god?

And later, he criticised the smug atheists who insist on Christians supplying reasoned arguments, and evidence, to support their belief in God.

5. The speaker also said that people shouldn’t receive a pension if they own their home and have money. They should spend that money first.

Nor should they be allowed to vote if they’re older than forty. ‘Or have an IQ of less than 120’, added the studious Uncle Pete. It’s a brilliant idea. Every voter should encounter a question sheet when they enter a toll booth. If they fail to answer every question correctly their vote won’t count. It will improve democracy considerably. Thank you, Uncle Pete!

Of course, including this questionnaire in the voting booth would mean no heckler could ever vote again.

6. Over population became the topic, but no one approved of Mr B’s idea to have a zer0-child policy. He suggested that any person not giving birth to a child, or not siring one, should be rewarded with free accommodation in a five-star nursing home when they reach 70. That would act as an incentive to not have kids. Tony intervened before the logistics could be explained.

It was also pointed out that even if we were to keep our population at 7 billion, our current use of resources would still not be sustainable. The way an educated person uses resources means that the Earth will still suffer severe environmental degradation in the near future. And, a grasshopper explained, when oil runs out our grandchildren will suffer a profound drop in their standard of living. 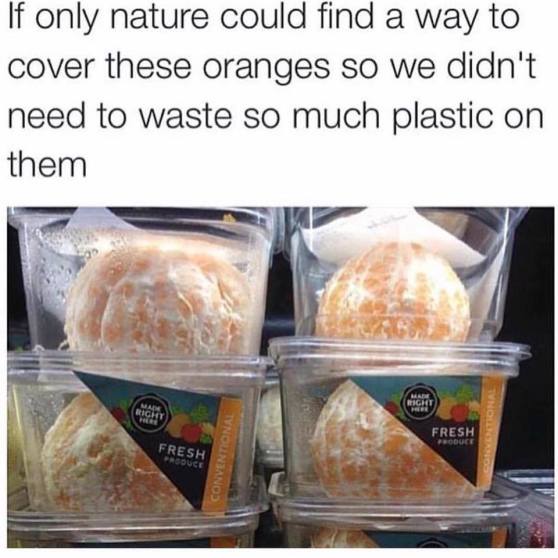 That same grasshopper also suggested that our carbon emissions might not be enough to prevent an imminent ice age. Goodness gracious. Ice ages are normal climatic conditions for the Earth, he argued.

7. Other subjects spoken about:
– Artificial intelligence. No matter how intelligent a computer might become, it will always be impotent and benign because it won’t have emotions. It won’t have desire, ambition, malice or curiosity, for example. And without curiosity, and without those other emotions, why would it attempt to solve any problem it was not requested to solve?

– A grasshopper linked the origin of the universe with consciousness and the subconscious. The link bewildered Mr B and it served him right.

8. Donald Trump climbed into the conversation, bless him. Here’s an idea for an aspiring American: 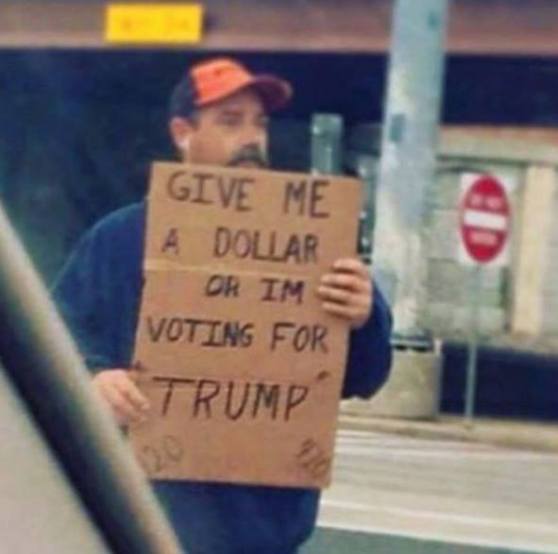 9. A Scotsman wanted to know why he didn’t exist. (That’s what Mr B’s sign said.) Mr B generously explained why the man didn’t exist, though the man still looked real to the rest of us.

The answer had something to do with paradigms, which Mr B said are beliefs held by a society. For example, a person born and raised in Japan will believe they’re Japanese simply because their malleable brain has been acculturated to adopt the ways and beliefs of Japanese society. So, they are not inherently Japanese; they have been made that way. And once we see that, we can begin to make new choices.

How about adopting this view instead, he suggested:

10. If you subscribe to our Facebook page you will get an opportunity to read everything that you have just read in this post, again! What joy.

If you look at our Archive Site you can read every post written in the past three years. Nirvana!