‘God’s a kid with an ant-farm. He isn’t planning anything.’
From the film, ‘Constantine’.

1. Apologies to our loyal subscribers for the old news that was electronically sent to you earlier.

2. The meeting had barely begun when Mr B disgraced himself by placing no value on children. He called them ‘walking natural disasters’ because they’re contributing to Earth’s population problem. They’ll be the ones using up seventy years of resources and producing more children, he raged. He added that an adult’s life is more valuable anyway: they’ve put so much into themselves.

One grasshopper added to that, pointing out that in some Aboriginal societies, the elders are more valued than children because of all the knowledge they have. When they die, the knowledge dies.

“When an old person dies, a library is lost.”
African saying.

“Yes, they do,” bellowed the cruel Mr B. “The potential to thieve, consume resources, pollute, and bring into being even more walking natural disasters.”

He then went off the deep end by saying that China hadn’t gone far enough: “What we need is a ‘no child policy’.”

That’s about when three people left. It was not a pretty sight.

3. As usual, we had members of the audience taking turns to replace Mr Bashful on the Ladder of Knowledge. First was Mirko, who phonetically said that if one factory begins making a product, no other factory should compete with it by making the same product. It should leave the original factory alone so that it can keep employing its workers. Why should one factory send another factory bankrupt?
It appears Mirko has expertise in science AND in economics.
And, he wishes to make it clear that you don’t know what you’re talking about.

Next was Cyclone Rhonda, who demanded that Australia become a republic. She was adept at taking questions from the audience, and even more adept at not answering them.
Rhonda is on her way back to Melbourne. Thanks for visiting, Rhonda. You’re welcome any time.

Albert spoke of how innocent people can be persuaded to become soldiers and be sent to other countries to kill people they don’t know. He spoke about paid assassins and about North Korea’s Kim Jong-Un. And he praised China for the way it modernised itself into such a wonderful society. (Albert got plenty of flak for that!)

Helmut spoke about black holes and fielded questions about event horizons. (Speaking of which, it would be wonderful if a few of our hecklers were on an event horizon. Indeed, any horizon would do.)

Mark The Grinner gave what must have been a prepared talk about entitlement, and about characteristics common to the wealthy. The talk had structure. It had anecdotal examples. It had a point. It was excellent.
An example he gave: a study found that people driving luxury cars were four times less likely to give way to a pedestrian than drivers of ordinary cars. (Presumably no pedestrians were run over in the name of science.) Further, in a study in which the participants were asked to play Monopoly, those who were given an initial advantage (an extra die and extra money) and won the game as a consequence, tended to forget that they were given an advantage at the beginning. They assumed they won with skill, and even gloated over their opponent. Message: people with privelge tend to inflate their own importance and look down on those less privileged.
It was an excellent talk that held everyone’s interest.

4. The ‘Something Nice’ segment. To charm some and irritate others. 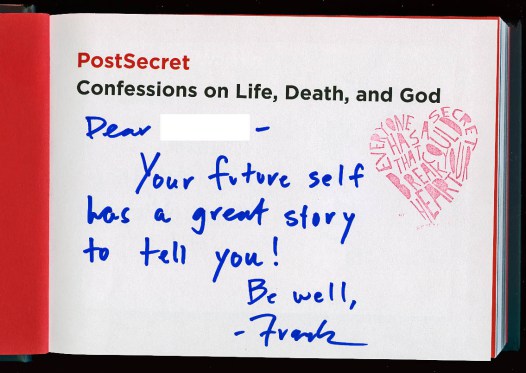 This message is from the PostSecret website hosted by Frank Warren.

5. The roadworks on the Southface leading to Speakers’ Corner will be completed soon. 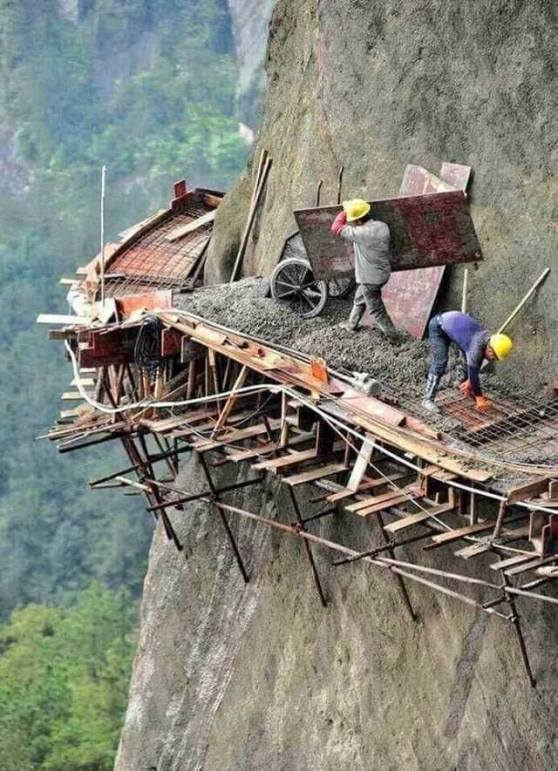 6. We had beaut poems read to us. Ben The Whisperer read one about a person approaching death. Ben, would you please send it in? Or bring a copy with you next Sunday?

Peter the Younger provided another clever John Clarke poem, and Helmut read an excellent poem that had Isaac Newton being proven wrong yet again! (Where does Helmut find them??)

And there was this poem:

7. Other subjects talked about:
– When it comes to voting on legislature, should each member of parliament be allowed to vote secretly? That way, they could vote for what they believed in, rather than having to toe the party line. What would be the advantages and disadvantages of that?

– A controversial subject: are there instances in which it is okay for an older person to have a sexual relationship with someone ‘under age’? The question was taken seriously and discussed with civility. Opinion was divided.

– The speaker claimed that we can’t trust the accuracy of records written more than a thousand years ago (such as the Quran and the Bible) so let’s focus on what is happening today. And, just because a custom is accepted by an entire society doesn’t make it an acceptable custom, then or now. So, let’s focus on today’s customs, and if necessary, change them. 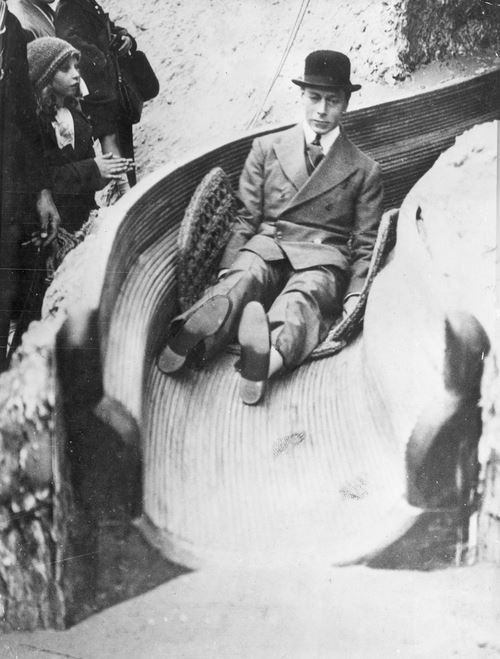 Some people struggle to know what’s appropriate and what isn’t.

8. A record was made today. For the first time ever, Mr Bashful didn’t call anyone a ‘blithering idiot’ or an ‘imbecile’. We don’t know why he refrained because the audience was rife with members of both categories, and he was given plenty of opportunity.

Here’s something from one of them:

9. In the last five weeks our Facebook page has attracted just two more subscribers. It’s hard to believe that we are struggling to attract subscribers given that Justin Bieber gets plenty on his page.

And our Archives site is like a cemetery. Posts are buried there, never to be seen again.