1. Another beaut day with lots of passers-by contributing. We didn’t finish until 6.15pm.

Thankfully, Mr B’s voice gave out early on, and a few people stepped in to fill the void. (The word ‘void’ is generous. It’s more of a void when Mr B is speaking.)

The list of contributors was like a hillbilly invasion. First up was Uncle Pete, talking about the merits of private and public schools. As usual, he kept the audience entertained and interested.

Uncle Pete was followed by the much loved irascible Ma Jean, who contributed well until she forgot what she was about to say, and was unceremoniously shoved aside to make way for Ol’ Grandpa Helmut.

Ol’ Grandpa Helmut bellowed interesting statistics about education, and made a few good points, before being replaced by young Cousin Taylor, a passer-by with courage. Young Cousin Taylor expressed her views well. She did a fantastic job and kept the topic interesting.

She was interrupted by hillbilly Mirko.

Young Cousin Taylor was followed by Jethro August, who with an awesome hillbilly presentation made a point of being stimulating and succinct. Double awesome.

Refreshed, Mr B ventured up onto the ladder again and immediately had to cope with the mutterings of Grandad Tony.

Mr B knew he was beaten, and stepped down again to make way for Young Cousin Rochelle.

Cousin Rochelle changed the subject stating that reverse sexism does not exist, because of the current imbalance in power between the sexes. She deftly answered a series of questions from the indefatigable Mr B, who initially disagreed. However, her arguments were convincing, and Mr B finally changed his mind. As expected, he then pretended he thought that way all along.

The two cousins and their brother then departed, hungry. They were off home to get a meal of possum pie.

Ol’ Grandpa Helmut took the ladder again, as did Mr B, and then Trusty Uncle Philip got up to give a fascinating account of his adventures in Parklea Prison. Uncle Phil described how he helped the prisoners quit smoking and gain self-esteem. The audience was enthralled.

Andrew Toth, the hillbilly from parts unknown, asked some mighty fine questions of Philip, while putting Mr B in his place. It wasn’t Mr B’s day. (Although I know he enjoyed the day immensely.)

All the way through, David The Interested did what he does best: he asked pertinent questions. It’s a pleasure to have him attend.

Other members of the audience also contributed freely with insightful comments and questions. The passers-by are now a big part of Speakers’ Corner.

This is how focused and enthusiastic the audience were throughout the day: (Click to enlarge.)

2. The subject of how a man should treat a woman arose. This picture might help a bit. Click to enlarge. 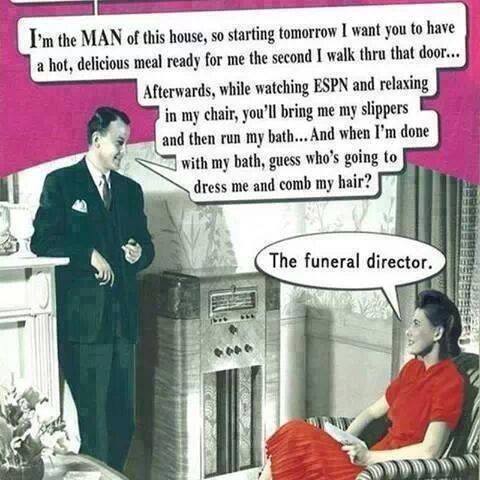 3. A student once wrote the words,

Uncle Pete,
he’s the man.
If he can’t teach you,
no one can.

The words refer to Uncle Pete, aka Peter the Heckler, who used to teach in a high school.

4. Speaking of prisons, here’s a clever use of a bricked-up window.