1. The rain wasn’t heavy enough to dissuade most of the regulars from coming, but it did prompt us to keep our umbrellas open.  For the first hour, anyway.

The rain was like the paparazzi. It hung around for a while unwanted and made a nuisance of itself, but it wasn’t bad enough to force us to leave the place.

Not that many of us know what it’s like to have the paparazzi stalk us. It’s really only Mr B who complains, because he thinks anyone carrying a camera is the paparazzi. Oh please!! 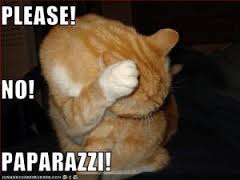 2. Steve Maxwell had other plans today and didn’t turn up. What could be more important than speaking at Speakers’ Corner? Presenting a keynote address at Australia’s biggest think tank? Hosting the Logies? Bringing down the Federal Budget? Donning  a cape and saving the planet from Dr Evil?

There could be nothing more important. Don’t let it happen again, Steve. 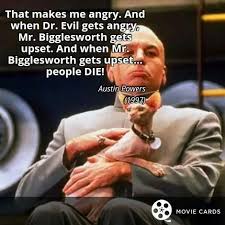 3. Holy dentures, Batman! Speaking of super heros and super villains, the death of Batman got a mention today. Mr Freeze, The Riddler, The Penguin and The Joker were no match for Batman, but apparently another arch enemy, ‘Mr White Blood Cell’, managed to succeed in knocking off the caped crusader. Mr Cell, (known in Gotham City and Interpol as mild mannered Luke Emia), ended the life of the 88 year old crime fighter, who was about to retire anyway. (He had been having trouble using his bat-walker, and getting out of the bath.)

Batman’s bat-cape smells of urine, and it will be buried with him in his secret bat cave this Wednesday, at his funeral. Thousands are expected to attend the service. He will be buried in the bat-coffin, of course. (The rumour that he would be left to rot hanging upside down from a power line is false.) 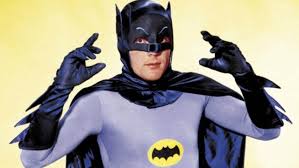 4. The ‘Something Nice’ segment. To charm some and irriate others. 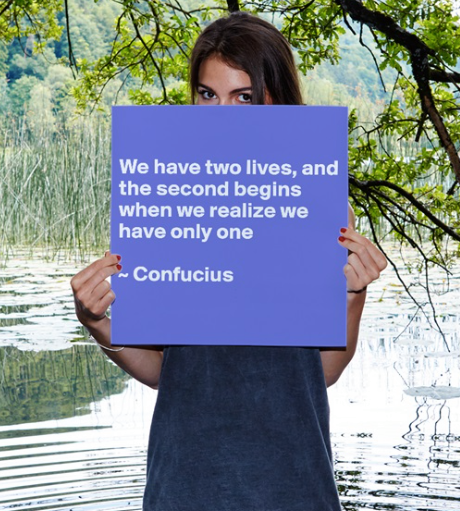 5. We had our inaugural JokeFest today and it went well. There were many hearty laughs.

Bring a joke along this coming Sunday.

6.  This coming Sunday Mr B’s grasshoppers will be playing bingo. You can play too!  Print a copy of the card below and bring it with you. When you hear an expression that is written on your card, cross it off. The most alert among you will finish first, and call out ‘Bingo!’

There will be a prize. 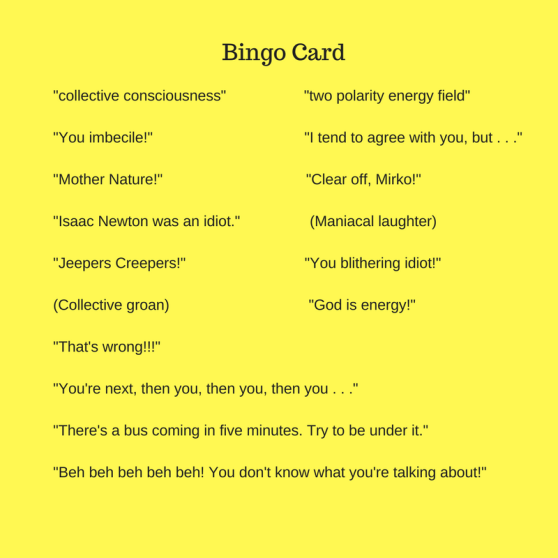 7. Mr B and Helmut took turns back and forth standing on the Ladder of Knowledge to have a rattling good debate about the origin of the universe. Helmut had a distinct advantage: he had credibility, a booming voice, heaps of charisma, an authoritative air, and a savant-like affinity with numbers. Mr B only had the facts on his side. 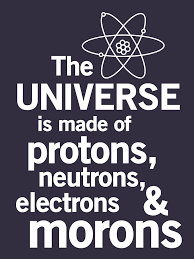 8.  Recently the Saudi Arabian soccer team were pilloried for not respecting the one minute silence held before a soccer game began at the MCG. Mr B got stuck into those pills, calling them ‘whingers’. He said that we Australians have become too precious. Where is the shrug and the ‘She’ll be right‘ attitude of the past? We used to be tolerant when things didn’t please us, so what happened? Have we all become sooky-sooky-lah-lahs?

“Let’s be concerned about incidents that matter,” continued Mr B, “and not have hissy fits about silly things that don’t matter.” 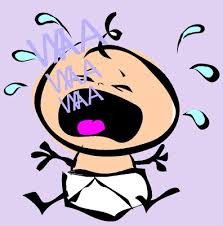 9. With the early drizzle and the ever-present prospect of rain, we didn’t have many passers-by for a while. But it was still an enjoyable day with the regulars.

Pia, a friend of Mr Bashful’s, dropped by. 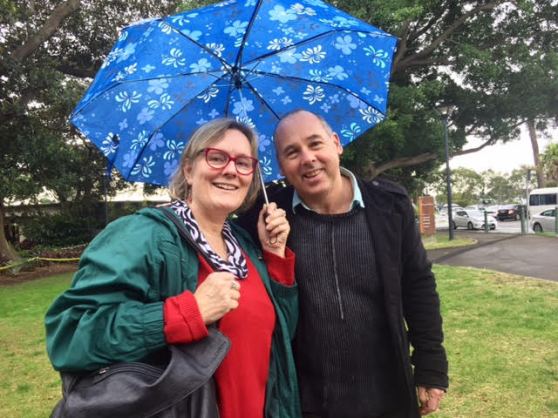 Mr B and his good friend, the wonderful Pia.