“If you want to build a ship, don’t drum  up the men to gather wood, divide the work and give orders. Instead, teach them to yearn for the vast and endless sea.”
Antoine de Saint-Exupery. 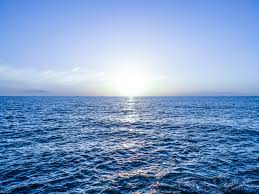 1. It was the first day of Spring and Mr B began with his poem, ‘Ode to Spring’ . It finished abruptly with a rhyme unfinished because he had heard of that old showbiz trick: ‘leave them wanting more’. Oh dear.

The only trouble was, his listeners didn’t want more. But he gave it to them anyway, with his equally awkward, ‘Ode to Kitchen Utensils’.

2. It was Father’s Day today as Steve, Ray, Helmut, John August, Mark the Grinner, Helmut, Mirko and Mr B did their thing on their stepladders. Here are two Father’s Day postcards  from the Postsecret site. 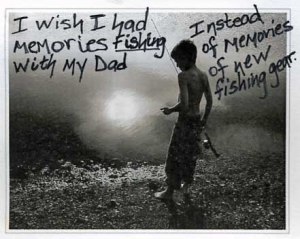 3. The two mad villians were at it again. Having now called them mad, for legal reasons I can’t name them. Suffice to say, their behaviour was “unsettling”. Mirko . . . oh, damn, his name slipped out . . . He was rude, arrogant, invasive, loud and incomprehensible. His normal self, basically. Strangely, he remains likeable. The other unnamed miscreant has the same faults, and persistently interrupted us with his remarks about commo atheists. So very tiresome, Michael.  . . . Oh, damn.

4. A proton was driving along when a policeman pulled him over. “Do you realise you were going 121 kilometres per hour in a 60 zone?” asked the policeman. ‘Gosh,” said the proton, “I must be lost.”

That charming little joke began a discussion about Heisenberg’s Uncertainty Principle. Mr B wanted some clarification about its role in the movement of a particle at (or very close to) Absolute Zero. That’s -273.15 degrees Celsius. Does quantum mechanics come to play?

In our laboratories we cannot reach Absolute Zero (we’re a few billionths of a degree off). Uncle Pete explained why. He also explained what electrons do and don’t do around the nucleus of an atom. Naturally, Helmut also had something to say. 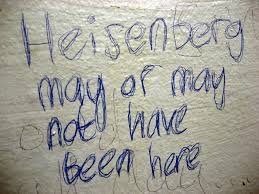 5. Standing on the Ladder of Knowledge, Mirko told us how he was abducted by aliens and given subliminal knowledge about 21st century science. We tried to find out if he was also anally probed by the aliens, but the truth never came out. Which is probably just as well.

We also heard what the letters on his cap stand for: U Fuck Off!

6. Here is another chapter of Mr B’s book for young people. It explains the difference between stoicism and resilience.

7. Uncle Pete challenged Mr B’s view of infanticide. It must be said, Mr B has not yet convinced us all of its merits.

Here is a confronting image of a (supposedly) abandoned baby.

8. Other topics discussed:
– The importance of soup in our path to civilisation. Unfortunately, that talk included Mr B’s poem, ‘Ode to Soup’.

– This week we heard the proper version of Newcomb’s Paradox, which uncle Pete rightly claimed was not a true paradox.
Mr B had his work cut out for him. One gentle soul chose to forgo the million dollars simply because she didn’t want to be greedy. And, her husband chose to forgo the million dollar cheque and instead took the ten thousand dollar cheque, simply because he figured it was less likely to bounce. Sigh. Mr B received idiot answers when he presented the “paradox” three years ago. Will he not learn?

– And, we heard from Uncle Pete an accurate version of ‘The Surprise Test’ paradox. ‘Language’ has a lot to answer for, apparently. Michael and Mirko blathered on like excited howler monkeys, and how Uncle Pete succeeded in giving his talk is a wonder in itself.

– Leadership. “You’re not on this planet to justify your existence to anyone. Be the leader of your universe, and lead well.” So said Mr B to a grasshopper who was looking for someone to follow and for a moral code to adopt. Yes, come to Speakers’ Corner with questions like that.

– Another grasshopper, in all seriousness, put forth the idea that we here in Australia should make artificial mountains and artificial rivers, to attract rain. Yes, that’s right, folks. Terraforming Australia.

– We heard a hammed recital of ‘Clancy of the Overflow’.

– If a group pumps out deceitful propaganda and outright lies to support their claim, does that necessarily mean their claim is false?

– We heard why Sydney should get rid of all its public transport, but over a seventy year period to prevent problems.

See what public transport can do:

9. This week’s Unusual Critter in our Unusual Creature Series is the Goblin Shark. This handsome and discerning individual thinks our Facebook siteis tops.