When Andrew Denton asked author Lee Stringer “Are you comfortable with success?  With what appears to be success?” Lee replied:  “I’m comfortable with the real part of success, which is gaining by inches an inner serenity.  That’s success.  All the human soul really wants to do is gain a bit each day – it doesn’t want to lose a bit each day.  We want to grow.  We want Tuesday to be a little better than Monday, as it should be.  …. So that’s the success I enjoy.  The rest is just noise.”

1. It’s a short post this week, folks, for reasons undeclared.

Mark the Grinner brought his own ladder and spoke. It’s about time. Ray, Steve Maxwell, Andrew Toth and Mr B were the other speakers.

There was some argy-bargy between Mr B, who advocated law reform, and a lawyer, who didn’t. And there was some other stuff.

Topics to be discussed next week!
– The changes in the periodic table.
– Nocebos
– One city, two societies
– Why history SHOULD be taught in schools (but for reasons not what you think).
– Dating advice from Speakers’ Corner’s Casanova, Mr B.

2. This week’s unusual creature from the Unusual Creature Series is the lamprey. It’s an ancient, jawless fish that attaches itself to a host and sucks its blood.
In a lamprey’s past life it was a heckler.

These two lampreys like to attach themselves to the computer’s monitor when our Facebook page is up. 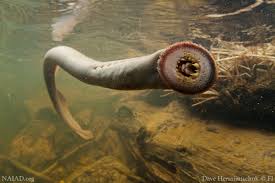