“Debating creationists on the topic of evolution is rather like trying to play chess with a pigeon; it knocks the pieces over, craps on the board, and flies back to its flock to claim victory.”
Scott D. Weitzenhoffer

1. Apologies to those of you who received this post, half-baked, a few days ago.

(I’m not suggesting you are half-baked; I’m saying the post was half-baked.)

2. When the meeting began at 2pm, rain looked imminent and Steve Maxwell looked eminent, resplendant in his white jacket, flash shirt and silk tie. He, Ray and Mr B set up their ladders midst a light drizzle, and surprisingly their regulars appeared! There must be something appealing about Speakers’ Corner for people to turn up in such conditions. Or perhaps they’re just mad.

A passer-by opened Mr B’s meeting by announcing: “There is only one true question: What is Truth?” He waited for an answer.

Mr B cowardly passed the buck to his grasshoppers, who answered with testiness and frustration. (That’s a common Speakers’ Corner response.) We finally arrived at an answer. Sort of. Well, no, we didn’t.

But thankfully, the passerby had already solved that conundrum in previous contemplations, so we were let off the hook. When he was asked how his knowledge of Truth had improved his life, he replied that he is now more cognisant that a green car is green, than the rest of us. If that helps any.

So, what is Truth? What had the passer-by discovered with his contemplations? I don’t know. He told us but I have forgotten. Sorry.

It is a good idea to nut out such questions. By doing so we can gain a greater richness of life. It’s “the unexamined life is not worth living,” type of thinking.

3. From learning something confusing we moved on to learning something astonishing. Mr B had read the book, “Dark Emu” by Bruce Pascoe, and he excitedly told us about it. The author had read the journals of early explorers and discovered that Aboriginal life before England’s invasion was different to what most of us think it was like:
– For a big chunk of the year, most Aborigines lived in villages of 300 to 500 people, even in the harshest deserts. One town had 10,000 people living in it!

– They lived in weatherproof thatched huts, and some huts had a chimney, an oven, and food preparation facilities. Some huts had adjoining rooms, and some could hold up to 40 people. One explorer described a hut strong enough to have a horse stand on it!

– Aborigines had dams and irrigation. One dam was 100 metres long, 2 metres high and 6 metres thick.

– They sowed and harvested crops in paddocks as far as your eye could see, of nardoo, kangaroo grass, barley, Australian rice and yams. They ground the grain into flour, or stored the grain in clay vessels that could hold from 50kgs to 4 tons. (Without the cachés of grain the explorers found, many would not have survived.)

– They had huge fish traps that could feed a whole village, yet still allow breeding fish to breed upstream.

And much more. The information was so interesting that even when it began to rain, everyone just pulled out their umbrellas and stayed. But when the rain really set in we had to call it quits and pull up stumps. It was around 3pm. Mr B promised there will be more about Bruce Pascoe’s book next week.

The author lives in Sydney and has been invited to speak on the Ladder of Knowledge. We hope he accepts the invitation. Meanwhile, here is an article sent in by Whispering Ben that supports Bruce’s claims. Thanks, Ben!

4. The ‘Something Nice’ segment, to charm some and irritate others.

5. Steve Maxwell also fared well with his meeting, despite the drizzle. And, that industrious man has provided us with another episode of his ‘Passing Parade’. This article adds to last week’s article about the Yarra Bank. Thank you, Steve!

Chummy Fleming on the Yarra Bank

Melbourne’s “Yarra Bank” Speakers’ Corner can be found at the South-Eastern corner of Birrarung Marr (marsh) near the Yarra River.

In the 1890’s, city authorities banished all outdoor free speech forums in Melbourne to the north side of the river. This followed the defeat of a bitterly fought free speech campaign organised by labour activist Tom Mann.

The location of the new Speakers’ Corner was unsuitable. It was away from the heart of the city, next to the old city morgue. It had little effect on the passers-by and all attempts to have the venue changed were rejected by the Melbourne City Council.    It seemed that the authorities had won the day.

Chummy Fleming, a union organiser for the boot-makers union, was not the first to speak at the Yarra Bank Speakers’ Corner, but he successfully promoted the location by convincing “The Nights of Labour” (the forerunner of today’s unions) to have May Day celebrations on the Yarra Bank.

Today, May Day (Labour Day) celebrates the day the 8-hour day was granted to Australian workers in1947. On May Day in1893 some 5,000 people marched to the Yarra Bank to support the introduction of shorter working hours and better working conditions.

Chummy Fleming was the first to give a May Day address on the Yarra Bank. He continued Sunday after Sunday to promote Speakers’ Corner. Other speakers
soon followed his example. It was not long before Speakers’ Corner became a success.
Chummy was an anarchist. It was said he had a reputation of being a violent speaker. He advocated the overthrow of the State and the dismantlement of the Church. He always drew the largest crowd and his words incited the wildest response. For example, in World War One, soldiers referred to as ‘Military larrikins’ attacked the Yarra Bank speakers. The soldiers had been fired up on beer, and on King & Country propaganda. But Chummy was not alone. Attacks made on him were fought off by his loyal supporters, and Chummy was capable of defending himself.

Chummy’s anarchist ways also made him unpopular with the May Day organisers and the Labor Party. He would get even with his enemies on the May Day committee by always marching at the head of the march with a large anarchist flag.
Chummy continued his Yarra Bank activities well into his old age. He was never wealthy, and he eked out a living in his humble cottage by mending boots. He died on the 25th January, 1950 aged 86. The police confiscated his personal papers and had them destroyed. His ashes are scattered on the Yarra Bank.

6. If you are Donald Trump or have been living on Jupiter, you may not be aware that we have a Facebook page and an Archives site. Well, we do!
We now have an ‘unusual animal’ series, just to provide a picture for our Facebook and Archives plug. 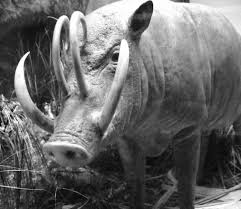