At Speakers’ Corner passers-by are invited to step up onto the Ladder of Knowledge and speak, and become part of the history of Speakers’ Corner. Below are videos of the brave souls that took advantage of that opportunity.

Above are the highlights. Below are the videos in full. 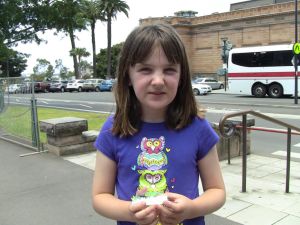 This young woman bravely stood on the Ladder of Knowledge and did a beaut job answering Mr Bashful’s questions. Click here.

This passer-by makes a cheeky observation.

Another brave soul offered a few words of wisdom to Speakers’ Corner. Click here to hear him.

Bob would make daily changes to the world if he were Leader. Click here. 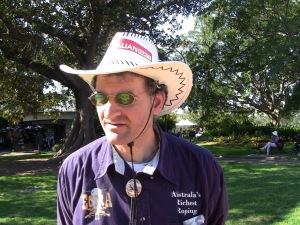 You heard Angus below giving his policies for the upcoming election. Now we have Guy, who believes the parliamentarians themselves should repay the billions of dollars debt they incur during their term. For this policy, a brave prediction, and other profound policies, click here.

Speakers’ Corner used to overflow with politicians and union leaders. Those hardy men bravely spoke their views and copped flak in return. Today that proud tradition was revived. Angus, contesting Malcolm Turnbull’s seat of Wentworth, stood on the Ladder of Knowledge and stated his policies. For some reason, Angus regularly checked his surroundings while speaking. Was he expecting debt collectors? The police? Malcolm Turnbull himself? We will never know, because he stepped down from the Ladder without being accosted.
You might find Angus’s policies a touch controversial. But what the heck. If you are in the Wentworth electorate, vote for him. Click here to hear his views.

Angus rewarded his listeners with a fine ditty, sung with fun and gusto. It’s enjoyable to watch. Click here.

It must have been a day for poetry because a young maiden bravely stood on the ‘Ladder of Knowledge’ and recited a Wordsworth poem. She did a cracking job. She put oomph into her recitation, and filled in the gaps not remembered. Delightful! Here she is.

Passers-by enjoyed a rendition of our anthem from our anonymous golden daffodil. Everyone was already standing, so that was handy. Mr Bashful tried to join in but didn’t know the words. You will be grateful that he didn’t know them all. Click here.

Angus was asked what he would do if he were the Leader of the World. Click to hear what he said. 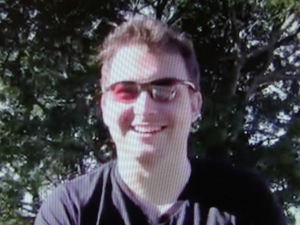 Julia was also asked, “What would you do if you were the Leader of the World?”
Julia doesn’t seem to be a ‘big picture’ kind of guy, but then again, he was just getting started. Though, personally, I hope he doesn’t become Leader of the World. Click here to discover his first objective.

Arthur isn’t impressed with the way God handles things, even though He doesn’t exist. Click here to see it. 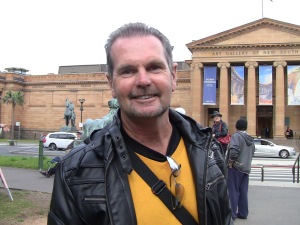 Ross bravely got up and made a succinct observation.

If given the chance, young Hayden would make a few changes.  Click here.

Norm the passer-by got stuck into Mr Bashful and reckoned he could do better. Mr Bashful promptly invited him up onto his soapbox and Norm accepted the challenge. And did better! So much so, he attracted another passer-by. Cheez. Some guys have it, and some guys don’t. Click here.

John has a few firm words to say about the s0-called housing crisis. He did a good job making his point. Click here.

A passer-by and Peter.

This unassuming passer-by bravely stepped up onto the Ladder of Knoweldge to answer any question asked of him. The question was a mean one, but he provides a thoughtful answer. He and Peter discuss the merits of Julia Gillard and Tony Abbott. Click here.

Ken talks about how we can transform ourselves to transform society. Click here.

A year ago this young man stepped up onto the Ladder of Knowledge and gave an informative lecture on dinosaurs. Today he returned to tell us a little about paleontology. Click here to hear. 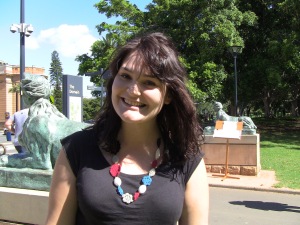 We could do with a few more Pips in the world! Click here.

A few months ago the Pope’s butler resigned and took heaps of documents with him. Well, according to Michael, all will be revealed shortly, and there is some pretty heavy stuff. That’s why the Pope resigned. He doesn’t want to be around when the mud starts flying.
Michael has a few words to say about the Vatican too. It appears that the Vatican is not the holiest place on the planet.

The young woman cheerily stepped up onto out ‘Tourist’ podium and spoke about gay rights. 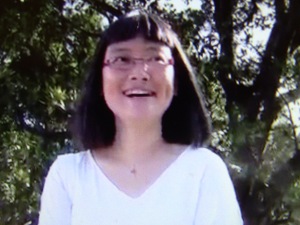 With charm, Rui tells the author of this blog off.

An engaging young man, ready to tackle the big problems.

Fiona dropped by to put forth the creationist argument. Fiona is a school teacher, and is upset that she is not allowed to present to her students the creationist view. Here at Speakers’ Corner she lets fly.