Steve has been speaking in Sydney’s Speakers’ Corner for yonks. With the help of one other speaker, Steve saved Speakers’ Corner in the 1990’s by turning up and persisting. For that he is a legend.

He is not just a legend: he would have to be the world authority on Speakers’ Corners and soapbox speakers. No one else would come close to having his vast knowledge of the subject. Thankfully, much of his knowledge is expressed in his book, ‘Soapbox Oratory‘ and in his page, ‘Steve Maxwell’s Passing Parade‘.

He is the most variable of the speakers. Each week he turns up in a new costume and with a new prop, and he talks about both White and Indigenous Australian history, or about politics, or about something else. His general knowledge of the world is extensive. That’s how he can turn up each week and talk about a new subject.

Steve Maxwell has a go at the Gallipoli war heroes.

Steve criticises the way we glorify the WW I Anzac war heroes. He explains what really happened. Good old Steve – as controversial as ever.

Steve quaintly talks about the process of science. Then follows it up with a word about evolution. Click here.

Steve Maxwell and Peter, the Heckler

Steve has his way of commenting on Tony Abbott’s decision to reintroduce knights and dames. Peter was inspired to speak afterwards. Click here to see it.

Steve on ‘buying back the farm and defending Australia’

Steve wants to ‘buy back the farm’. Click here.

Steve, on the Tasmanian aborigines.

Steve explains how the English well and truly shafted the Tasmanian aborigines.

Steve and his dating advice. 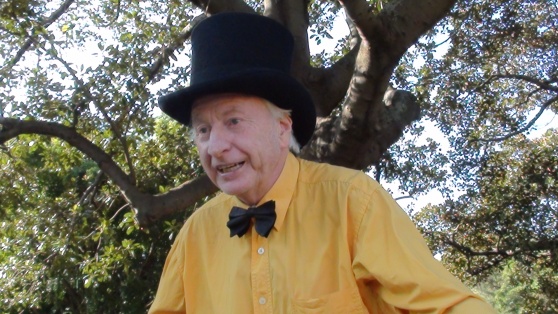 Click here for the video. A fortnight ago Steve declared that Tony Abbott was the new Messiah, and that we should all vote for Tony in the next Federal election. Steve didn’t believe a word of his own b.s. and today expressed another point of view. Steve concluded that Tony can’t be the messiah because he shits. And messiahs don’t shit. It’s logic like that which makes Speakers’ Corner the University of the People.
Steve is also uncomplimentary about John Howard’s policy of putting chaplains in schools.

Council elections took place on Saturday and Steve, a member of the Greens party, spent the day at the polling booth and the night counting votes. The Greens were thrashed. Slaughtered, even. Steve came to Speakers’ Corner in a foul mood, angry with Liberals, angry with Tony Abbott, angry with the voters, angry with the world. In short, Steve was angry. Can you tell? 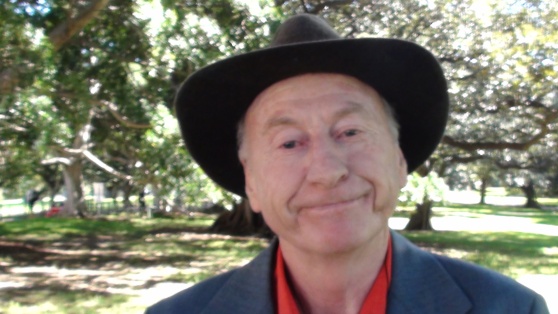 Steve gets riled up by two liberals. Great fun to watch.

Warren once organised a conference for anarchists and persuaded Steve to attend. Find out why Steve regretted his decision.

Steve Maxwell and the ‘Ellis Defence’. 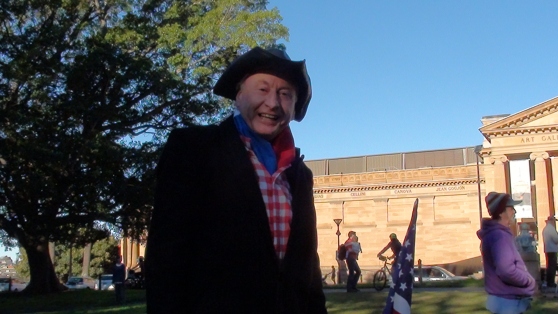 Steve talks about the ‘Ellis Defence’ of the Catholic Church. It’s the defence used to avoid taking responsibility for neglecting to protect children from physical and sexual abuse in the care of the Church. Click here to hear what he says.

Steve gets onto the subject of Nimbin, a town once famed for its psychedelic tribal culture. He then starts asking personal questions. Click here to hear him speak.